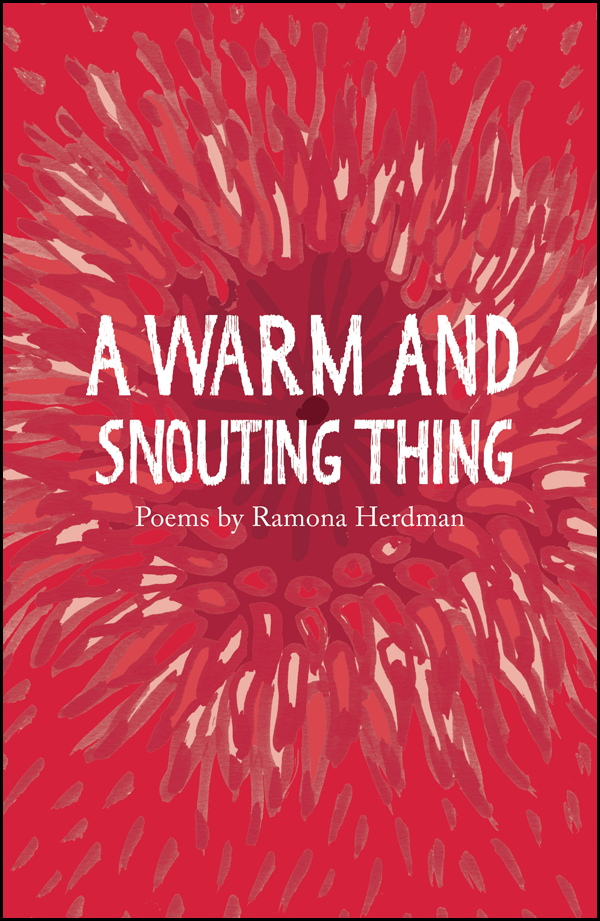 I love the experience of reading and it dawning on me that I know this poet is communicating, and trusting me, the reader, to have the wherewithal to grasp layers of subtlety. I felt that strongly throughout this pamphlet, but as much as anywhere in my two favourite poems.

‘Comeuppance’ is a very simple one, in some ways: some teenage girls are moving through a train where the poet is a passenger. Here’s how the scene is set:

The girls walk down the train aisle in glittery eyeshadow
and vest tops in April. The creepy old men are watching them

They could be fourteen. Or sixteen. How could we not
look up from our laptops? We in our suits or cardigans.

And the poet notices them, and observes people’s reactions, including her own. And she travels smoothly and easily between impressions and memories, before ending on a fascinating, subtle message:

Be aware of men’s power, even as you make them feel things.
Even as you draw them unstoppably after you.

The world is not as it should be, my loves.
Enjoy it.

It’s a wonderful poem. And immediately following comes ‘Bless email and bless boredom and bless’ – which again, above all, for me, works for its subtlety. As well as telling one particular story, it manages to be a kind of love poem to office life. Like ‘Comeuppance’, it captures the aura of a whole particular life stage and setting: young adults thrown together in the strange security of ‘nine-to-five endlessness’. It has such a gentle touch in its kind refrain of ‘bless’ this, ‘and bless’ that:

But mostly bless that ongoing precise
and dancing mental drafting
while dealing with spreadsheets,

purchase orders and all the other emails.
Bless the heart’s ping
when one arrives with your name next to it.

Again, that word ‘ping’ has innocence to it, as does the line: ‘Bless going home to our lives.’  And the situation is safe and containable, and contained as the poem’s priceless close makes clear. Bless this poem! And bless this poet’s subtlety.

In ‘No Better Than She Should Be Red’, the speaker, rescuing the washing from the rain, rewards herself with ‘alpine strawberries […] shock-sweet little nippled sherbet candies’. Like these strawberries, there’s a shock and a sweetness to the poems in Ramona Herdman’s brilliant pamphlet. And it’s the poet’s marked ability to render sensual experience so viscerally that gives the poems their impact, as in ‘Shave’:

The backs of men’s necks
queue on the Tube.
Hot breath and the mustn’t
of reaching to touch.

The tension of being so close to these strangers’ bodies stirs the speaker’s memory of her father, a ‘widower, too ill to go out’, and how she felt when she shaved his head: ‘Such uncomfortable trespass, / shudder and prickle’.

In poems like ‘Marilyn’, Herdman uses her gift for sensual detail to make a point:

How can we blame you for blurring life
with alcohol and barbiturates,
when we all want to rub our faces blind
on your soft stomach, your breasts

We’re so close that we’re complicit, close enough for Marilyn Monroe to ‘breathe sad bourbon fumes / into our mouths’.

Desire in these poems is often dangerous for women. In ‘Anemone’, the image and feel of the eponymous sea creature is used to describe how with men it’s ‘Always the ones you don’t want / wanting to suck your fingers’. Women are expected to ‘open up / like an anemone for them — / be mother sex’.

However, there are moments, elsewhere, of tender intimacy. In ‘Valentine, thirteen years in’, love is rendered through imagery that’s movingly particular:

Love, I want you clothed.
I want you to yawn and stretch
so I glimpse the reach
of skin at the base of your back
under rucked fabric.

It’s language such as this — physical, intimate and specific — that underpins a skilful evocation of the complex nature of desire, both its darkness and its joys.


The yin and yang of sex appeal

From Ramona Herdman’s opening sonnet, her pamphlet oozes with what she refers to in her first poem as ‘my sex sense’. Teenage and young adult sex is by no means unusual in current poetry. What her poems do, however, is reveal its complications, probing the impact flirting has on the perpetrator as well as those on the receiving end.

An urban dictionary gives ‘snouting’ as ‘sticking the nose up vagina & butt’. This suggests explicit language, and Herdman’s first, HappenStance pamphlet led her readers to expect precision. Directness and accuracy are maintained, added to which there’s a cheeky humour.

‘Shave’ zips backwards and forwards through time in which domesticity is conveyed with simple words that reveal complex feelings. The ‘mustn’t /  of reaching to touch’ in a haircutting scene spun me to Hoagy Carmichael’s titillating crooning of Robin Sarstedt’s ‘My resistance is low’.

Girls enjoy the power that flirting offers, so why not do it, the poems suggest — a liberal attitude endorsed throughout. ‘I remember the sudden novelty / of making adult men feel something’ (‘Comeuppance’). Animals, too, play risky games: ‘You can see they don’t fool / each other an inch, don’t try.’ (‘Two cats on a Valentine card’).

Blaming others for a tendency to flirt, in ‘Salad Spinner’, involves the family; while ‘Anemone’ digs deeper, acknowledging shame for this tendency to blame.

The title poem, ‘There is a thing’, embraces the whole nexus of interrelated feminine reactions. Taking liberties entails both self-knowledge and taking responsibility for oneself. The pamphlet concludes with a poem that’s moving as well as sexy.

It’s not often you encounter a routine piece of kitchen hardware in a poem. I can’t recall meeting a salad spinner before seeing it here as the title of a poem. And then finding the poem is a full page in length is intriguing — and welcome. Why strain for the exotic when there are so many possibilities in the kitchen cupboard?

Of course (spoiler alert) this poem reaches out beyond this plastic bowl and its ‘tiny prim plastic wheels’ but, for the moment, let’s stay with the spinner. The poem opens

I have failed to convey to you why
I hate it so much. You laugh.

and you know immediately that there’s a backstory, and it’s personal. It’s not just the ‘something obscene in plastic things’, followed by the hyperbolic argument ‘that the dinosaurs died, prehistoric forests / went to mush’ and the spinner’s future is in landfill. There’s that ‘you’. This argument is in a relationship.

It makes me want to spit when you take

the rinsed leaves from me, stand with it
under one arm like a mandolin, whirring.

It’s an on-going resentment, like so many kitchen issues. It could end here, going round like the spinner. Like good poems, it doesn’t. It broadens out, becomes introspective, reflective. The loathing of this innocent salad spinner (I’m starting to take its side now) goes back to earlier values inherited from

[ ... ]   my mother,
dirty hippy, proud as a filthy old aristocrat.
This is something to do with her life thirty years ago.

That was a freer, unconventional life. And, of course, the poem comes back to the poet. ‘As you make my dinner, / I blame you for everything I haven’t done / since I was twenty.’

This is the heart of it: the bourgeois life represented by the salad spinner — ‘Victorian semi on the right side of town, mortgage / practically paid off, convenient for the theatre.’ There’s a visceral need to throw it all over with a wild flourish — ‘Let me eat pesticides. Let me eat mud.’ Hyperbole, of course. But the alternative life style still has a strong pull.

Disclosure: my salad spinner is 1980s, and orange plastic. I keep meaning to replace it. I never have. This poem, like the rest of the pamphlet, speaks to me.


Snuffling round at possibilities

The thing can sense a kindred thing
across a crowded room, can feel
potential heat in a withheld hand,
can strike a flint on the look
in a stranger’s eye

She is just as acute on the skitter around temptation, captured in her paean to the office flirtation, ‘Bless email and bless boredom and bless’:

[…] Oh, and bless language for its
ambiguity. Bless not-quite invitations
not quite enough to evidence a disciplinary

[….. ]
But mostly bless that ongoing precise
and dancing mental drafting
while dealing with spreadsheets,

But her dalliance is not just with the adults in the office, the pub and on the commute who ‘back off / to [their] marriages / so cool / and so sweet’. She also traces early, diffused sexual stirrings. For example, in ‘Jill had two ponies’, Jill rides one of her steeds into

patter of rain from the canopy. Going in
and in and in.

And in ‘Tease’, a darker note threads under the playful celebration of arousal and sensuality, revealing its concomitant threat, although

In ‘Comeuppance’, she wants to tell the young girls on the train drawing the gaze of the ‘old men’ that

they have every right to bare their lovely bare arms,
their ideal shoulders (no matter how cold it is out)
Every right to stretch our credulity as we’re reminded
how glorious an ordinary girl can be

The world is not as it should be, my loves.
Enjoy it.