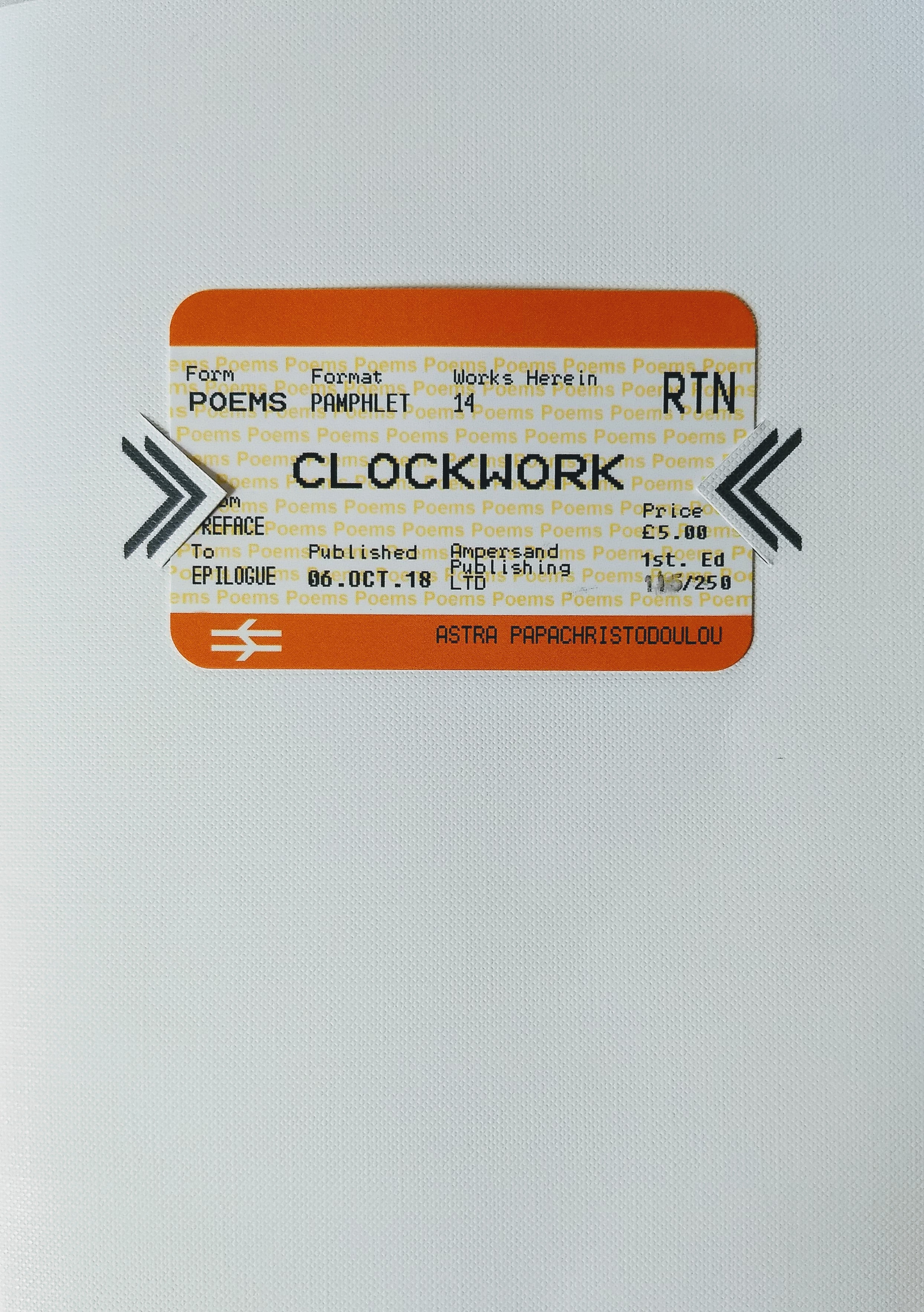 I thought the cover design was rather wonderful when this pamphlet fell out of its envelope. And that train ticket you can see in the picture does come out. It’s exactly like a real one — and could easily become separated from the pamphlet. I like the details on it, including the ‘RTN’, which is a perfect invitation to the reader, but also suggests the writer is making a return visit — which she is.

The whole premise is pleasingly in keeping with the design. The poems are (as described at the back) ‘diary notes and observations’, taken from one day: ‘12 September 2015 within a 12-hour sitting at the Guildford Castle Grounds’.

Another design risk pays off: every other page is given over to, simply, a time: ‘7:15 a.m’; ‘8:13 a.m.’; running through the day. This creates a coherence to the group, as the pattern settles. How easy it might have been to argue against all that white space. In fact, I think this pacing strengthens and supports the work.

The poems themselves are gappy snapshots, anchored by scraps of local history — ‘built   in 1256 / under the supervision / of John of Gloucester’ (‘beneath the arch’). Also, something else that emerges. The date is the poet’s birthday — later, we learn, I think, her 24th. Also, critically, there’s an absence. At ‘2:44 p.m.’, in ‘precision’, we read:

at last     a text
2:44 p.m.
wishing happy birthday
please don’t throw this day away
waiting for me
we cannot be together

However, waiting can’t be avoided at times — and this poet has, I think, returned to the site of previous assignations to burrow into that ‘clock work’. So, in ‘precipitation 34’:

3 hours    and 21 mins
clenched against the drops

A day spent waiting, train ticket in pocket, strikes me as an original approach to a familiar subject — and the pamphlet’s design thoroughly supports it.