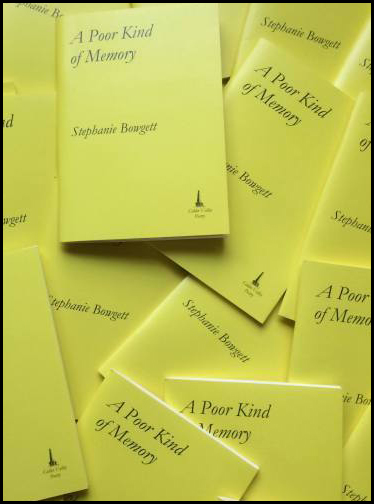 A Splendid Series of Perspectives

In it are many riches and delights, but a paramount point of interest is a sure grasp on history, in many of the meanings of the word.

We may experience today (or at least the day before yesterday), as in 'Progress’:

My name’s on the Waiting List.
You need to be on there for a bit
before you can get on the Reserve List
and you need to be on there
before you get on Fast Track.
Those names are numbered 1 to 50
and they give you a Unique Password
so you can go online, see if you’re near the top [ … ]
Jay’s stepbrother’s auntie was 47,
Her Unique Password’s been voided.
Hector lets her use his.

Hector’s password is BREXIT.
He says you can use it if you want.

However, we may also meet Mrs Noah or travel to 1862 in 'Waterloo Porridge – Jenny’s Song’ with its banner A man and a brother too, its repeated, revitalised cliché metaphor ‘the mills are dead as doornails, America's at war’, and its focus on the impact of the American Civil War on the textile industry in this country.

We may also encounter Frau Schütte (‘the only card-carrying Nazi / Dad ever met in Germany’) and, in a harsh, religious household far from the dangerous blitzed city, join the unnamed evacuee boy (and a one-eared toy donkey called Billy) who

under the scratchy brown blanket
that smelled of mothballs [ ...] rocked and rocked
rocked until he was sure that Billy, tight in his hand,
was fast asleep.

There is much else, including a chilling sojourn in the real looking glass world of Alice Liddell.

A journey in a time-machine, with an exact and compassionate commentary by an experienced time-traveller.