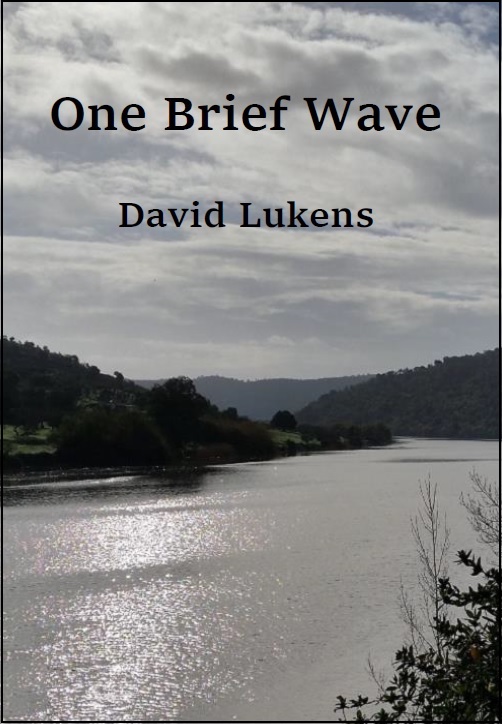 The contents list gives an idea of the range of topics covered in this pamphlet — wasps, the World Cup, a window cleaner and a smart toaster. What I liked most was the very human touch David Lukens brings to his stories.

The poem ‘Miss Eaton and the Wasps’ is a vivid evocation of swarming wasps with ‘thoraxes arched’, but at the same time a poignant poem about cancer. We are told that one of the wasps

had dumped a depth bomb of disease,
then sealed its triumph with a victory sting

‘A Circular Life’, a poem about Lukens’ grandmother, affectionately depicts the relationship between grandson and grandmother, and between her and her dog. Her long and challenging life is then conveyed, ending with a powerful tercet:

Calm the young policeman who found
her husband’s body wrapped around a gun;
tell him it was always so difficult to clean.

Lukens imagines his father at the Front in Egypt in ‘Desert’. I was interested in the poet's choice of solid seven-line stanzas — which could be seen as suggesting a moment of stability in the horrific uncertainty of war — though the son imagines sharpening a pencil for his father:

I flick the pencil shavings from my sleeve.
Is he coming back? Of course not.

Football is threaded through the relationship between father and son in ‘A Selective History of The World Cup’. The iconic names of Bobby Charlton, Sir Alf, Keegan and Gazza are just some that appear. But this recurring event triggers moments of poignant reflection. Father and son are still discussing football on the final day of the father’s life:

We’re all past blame. France will win, he said,
and he was right, though he never knew it.

There’s a terrific narrative bordering on the surreal in ‘Finchley Road’. A boy, locked in an attic, decides to throw out his father’s bowties:

then another and another, a shower
of vengeance pattering the roofs and bonnets

I really enjoyed the way Lukens’ poems offer such sensitive, poignant and sometimes humorous portraits which bring their subjects fully to life.